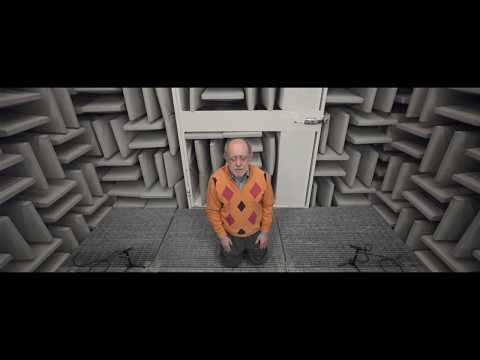 Van is a floorhand, the maintenance man on an oil rig. He works in the desert, at a large oilfield in Texas. Danilo is the chief engineer of a freighter. He spends all his days in the heart of the vessel where a humongous engine resides. Andrea is a scientist. He has lived his whole life between mathematical formulae and the silence of the anechoic chamber. Vito has spent half of his life looking after slot machines. Today he is in charge of an immense reinforced-concrete pit for waste.

These men, unwittingly, provide the basis for the whole sequence of creation, transport, marketing and destruction of the objects that feed our bulimic lifestyle. The objects that we think we need every day begin and end their journey inside isolated and eerie industrial and scientific locations. These men are monks in temples of steel and concrete and carry out the same mechanical rituals every day in silence and solitude, sharing the space with their own phantoms. She and He are an ordinary couple. They have spent their life accumulating stuff to the point of saturation. They grew up in the boom years of commercial television, and they are the first generation to have been freed from it by the internet. Today they are in their forties and are looking for a way out. She and He are us. And we have never heard about them.