It was an honor to have been invited to participate in IFP’s No Borders International Co-Production Market in New York City last week (September 16-19), where we shared some images from a recent ‘mood test’ we did for Nervous Translation. Happy to share that Nervous Translation was one of 11 projects selected for the Hubert Bals Fund’s Script & Project Development grant in Spring 2013!

The Hubert Bals Fund (HBF) is an initiative of International Film Festival Rotterdam that provides grants to bring remarkable or urgent feature films by innovative and talented filmmakers from developing countries closer to completion.

More on the Hubert Bals Fund 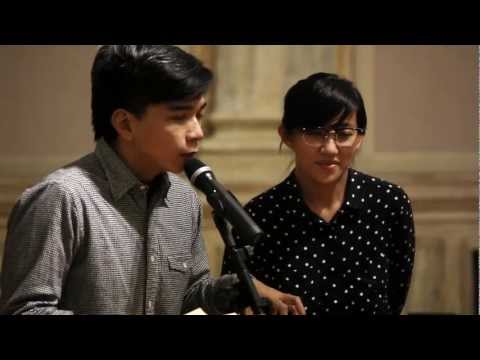 In Rotterdam to premiere my first feature

Thrilled to be here at IFFR to present my first film, Big Boy, which will have its first international screening tonight, January 26. John is here as well to premiere his latest feature, Lukas the Strange. We’ll be here until February 2.

A eight-year old girl, nervous to a fault, lives in her own private world. One day she finds out about a pen that can “translate” the thoughts and feelings of nervous people.

Shireen Seno
Shireen Seno (b. 1983, Tokyo) is an inter-disciplinary artist and filmmaker from Manila. prova

John Torres
DIRECTORʼS PROFILE: In 2006, John was awarded the Dragons & Tigers Award for Young Cinema at the 25th Vancouver International Film Festival for his debut feature, Todo Todo Teros. He also won the NETPAC and FIPRESCI critics awards at the 2006 Singapore International Film Festival and a Jury Special Mention at the Jogja- NETPAC Asian Film Festival. In 2007, the Manunuri ng Pelikulang Pilipino (Film Critics of the Philippines) nominated his fi lm in four categories, namely: Best Screenplay, Best Editing (won), Best Director, and Best Picture. His second feature fi lm, Years When I was a Child Outside, funded by the Hubert Bals Fund and the National Commission for Culture and the Arts, was awarded a Jury Special Mention in the Southeast Asian Competition of the 2008 Bangkok International Festival and the Grand Jury Prize in the 2007 Cinemanila International Film Festival. It was screened in competition in Rotterdam and in Berlin Forum Expanded as a multi-channel work. In 2005, he bagged the 2005 Cinemanila award for Best Short Film and the Ishmael Bernal Award for Young Cinema for his short fi lm, Salat. Born in Manila on September 24, 1975, he received a Bachelor of Arts degree in C