Nekisa Cooper has been the very first guest to present a case study during the first Biennale College – Cinema workshop. Nekisa produced several shorts and documentaries, and her first feature film was Pariah, a festival sensation who premeried at Sundance 2011. Directed by Dee Rees, Pariah is an interesting subject because of its production development . It’s the story of 17-year old Alike, an African American girl who has to deal with her lesbian identity. Nekisa talked about it with the teams of directors and producers, sharing her experience in the low budget field.

Pariah was born as a short film, but conceived as a long feature film from the beginning. While interning for Spike Lee’s Inside Man, Dee wrote the script for the movie, then she found herself in the condition of doing a short film and took the first act of that script (around 30 pages). Produced by Nekisa, who had worked with Dee for Colgate-Palmolive, Pariah was rejected by Sundance, SXSW, Tribeca, and finally premiered in New York at the NYU Fusion Film Festival in april 2007. Rachel Chanoff from the Sundance Institute saw the short film and asked Dee if she had an idea for a long film: the one that eventually would become the “long” Pariah. Attending the Sundance Screenwriters’ Lab in 2007, the Directors’ Lab and the Producers’ Lab in 2008, the team had the possibility of developing the movie in a creative safe space, and the support from Film Independent was essential as well.

Nekisa wrote down a very detailed and precise business plan before taking the project out to the production companies. The response from all of them was not exactly what they were hoping for: the well-written story was in any case considered “too black and too gay”, making the private equity the only way to get the film produced. Nekisa and Dee were part of the private equity too, selling their own apartment. The grant support from several organizations and associations was part of the game, considering their support in terms of grants and advocacy. With a big name attached as the executive producer (Spike Lee himself), the team was ready to finally shoot Pariah. But for Nekisa it was also an exhausting experience, considering that she had to deal with the budget day by day, and the amount of money was not always available the way she thought. However, this was a problem she bore without telling anyone, keeping the calm environment created on the set.

After the wrap, Nekisa brought Pariah to the IFP Post-production Lab. Then the team used Kickstarter to raise funds to get to the Sundance, when the movie was selected in the main competition. Pariah was acquired by Focus Features, after Nekisa had evaluated the best company among the ones which had offered to buy the movie for distribution. Then they wrote a specific marketing plan for the theatrical release and the dvd/VOD release with the company.

The exciting case study of Pariah covers every single step of a film production, unveiling the life of an indepenent movie. A lot of time, a lot of sacrifices, a lot of efforts: but just take a look at the reviews and the list of awards gathered by the film. It was worth it. 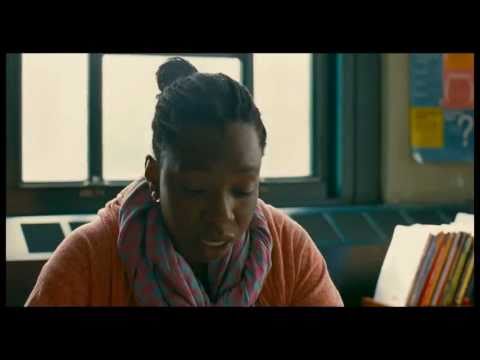